Not all online slots are created equal, and while some can only net you a nice bit of pocket money, others can offer life to change sums.

Sums in excess of £1 million can be won on some of today’s slot machines, and that’s a pretty lucrative possibility.

Most gamblers are on the lookout for the slots which can reap them the most rewards and the biggest online slots jackpots are usually those found on progressive jackpot machines.

There are some jackpot slots, however, that are entertaining, popular and still offer the opportunity to scoop huge amounts of cash such as this one >>

At the present time, the three top progressive jackpot slots are:

Mega Moolah is especially well known for its high jackpots, and recently this slot set a new world record for the biggest online slot payout of all time.

The prize fund was an amazing £13.21 million, narrowly pipping the former winner, Mega Fortune at the post.

Another popular progressive jackpot slot is the sequel to Mega Fortune, Mega Fortune Dreams, and punters often find that its jackpot is consistently high, and often several million pounds.

There are multiple online slots which have broken the million pound mark for cashouts.

However, while the biggest payout for each machine is sure to be of interest to potential players, it’s probably more relevant to consider the average payout figure as well as the average amount of time between each payout so that you can determine roughly how long the jackpot is likely to build up before being won.

There are three main software developers who offer multi-million-pound jackpots:

All three of these names are extremely familiar to anyone who has ever played in an online casino, and each of these major contenders offers several high stakes slots.

While Mega Fortune has by far the highest ever payout of these five, the other top payout sums have been pretty impressive at just over £8 million, just over £7 million and just over £2 million.

Even the average winnings are very high, with the average from each machine coming in at over £2 million in every case, and over £5 million in the case of Hall of Gods.

However, the time between wins varies dramatically, from as little as 11 weeks for Mega Fortune right up to 71 weeks for Arabian Nights.

Microgaming is the original giant of online gambling and is the brain behind the world famous Mega Moolah slot.

There are five top-paying progressive jackpot slots from this brand including:

Of these games, the highest jackpot has been from Mega Moolah, with a payout of over £13 million having been recorded.

The other slots pale into insignificance in comparison, with payouts of just under $2 million in two cases and under £500,000 in the case of Tunzamunni.

Still, this is still a life-changing amount of money.

Average wins are coming out at around £500,000, except in the case of Mega Moolah which boasts an average £4 million payout.

The Mega Moolah jackpot is not only restricted to that slot machine, and can be won from a number of other Microgaming slots too.

These include spin-offs such as Mega Moolah Isis, Mega Moolah 5 Reel Drive, Mega Moolah Summertime and also the Dark Knight slot which has a Batman theme.

These games offer four jackpots of different sizes, with the two smaller jackpots (The Minor and Mini) often being won on a daily basis, and even more frequently than that.

The Major jackpot is often in 5 figures, however, the top prize is guaranteed to be £1 million or higher, and it is this enormous jackpot which brings punters back to this game time and again.

The jackpot which players receive is determined in the Wheel Of Fortune bonus round.

Playtech is another huge name in the online gambling industry and is a brand with many progressive jackpot slots under its umbrella. Eight high paying games come from this developer including:

Of these slots, the top paying of all is Beach Life, which one saw a payout of over £6 million.

Close behind is Jackpot Giant, which once gave away just under the £6 million mark, and then 5 other slots which have seen top cashouts of between £2 million and £5 million.

Only one on their top paying list failed to make the £1 million mark, and only narrowly at that.

Even the average payouts from these machines are impressively high, being over £1 million in most cases, and almost £6 million in the case of Jackpot Giant.

Although there is some variation between payout times, the gaps are not quite so wide as with the other main developers’ software, with just 6 weeks between cashouts on Gold Rally.

The longest wait is around 61 weeks for Monty Python’s Spamalot, although this is still significantly less than Microgaming’s Tunzamunni which makes punters wait for almost two years before seeing another payout.

All of the above Playtech slots are extremely popular and some offer several jackpots within a single game. 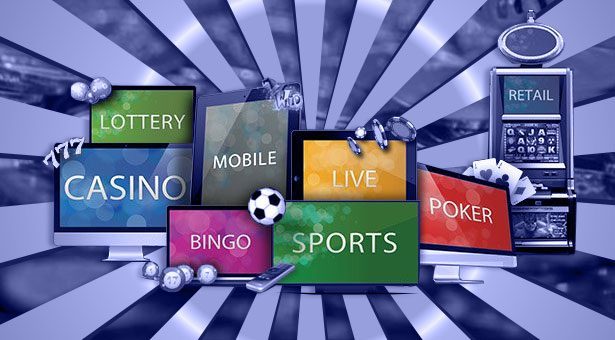 Age of the Gods, for example, offers 4 separate jackpots, the biggest of which is the Ultimate Power Jackpot.

While the other three are smaller, they are paid out very regularly, with the Power jackpot (the smallest) paying out on average every half hour.

The Age of Gods jackpots can also be won through any of the interconnected games.

There are several characters in the game who each have their own slot, and when players play on any of these character games, they are contributing towards the overall prize fund.

Not only are these progressive jackpots contributed to by several different slot machines, they are also pooled amongst the various casinos which offer them.

This is one of the reasons why the jackpots build up to such high amounts so quickly.

Of course, these three major contenders are not the only software developers who offer progressive jackpots.

Some of the smaller software companies also offer progressive jackpot slots, and while in general, their prize funds are smaller, there are a few exceptions where large prizes are available to be won.

Three examples of these include:

• Millionnaire Genie from Random Logic: This slot has had a top payout of almost £5 million, which is in line with those offered by the top three game providers, and an average win of over £2 million.

Players only need to wait around 26 weeks between large payouts with this slot.

• MegaJackpots from IGT: This slot has had a top cashout of over £2 million and boasts average wins of over £1 million.

The time between payouts is around 24 weeks.

• Millionaire’s Club from Cryptologic: This slot has had a highest payout of almost £6 million, which is more than the amounts which have previously been won by players of the leading brand slots.

The average win is over £2 million and the average gap between wins is around 25 weeks.

MegaJackpots from IGT is yet another example of a jackpot which is pooled and can be won through several slots including the MegaJackpots versions of Isle O’Plenty, Monopoly, Siberian Storm and Cleopatra.

Other Slots With High Payouts

Of course, not every slot with a high payout is a progressive jackpot game.

There are big wins to be had from other non-progressive jackpot slots too, and some of these games offer very high prizes indeed.

If you want to work out what the biggest possible payout of a slot can be, you need to take the top paying symbol for the game and then multiply its value by the number of pay lines.

This will give a general idea of the top amount to be won, although of course, there are several other elements which affect the amount to be paid out including the kinds of bets per spin, the number of bets per payline and also the betting level.

There are also wilds, free spins, bonus rounds and multipliers which may also impact on the top possible win. This means that it isn’t always immediately obvious what the top potential payout of the slot is.

Of all of the high paying regular slots out there, there are four which offer excellent winning potential.

• Gonzo’s Quest from NetEnt: This slot has a maximum potential win of £825,000 and with a maximum bet amount of £200, the absolute maximum theoretical win is £165 million.

• Great Blue from Playtech: This slot has a maximum potential win of £180,000 and with a maximum bet amount of £50, the absolute maximum theoretical win is £9 million.

• Immortal Romance from Microgaming: This slot has a maximum potential win of £202,000 and with a maximum bet amount of £30, the absolute maximum theoretical win is £6.06 million.

• Gladiator from Playtech: This slot has a maximum potential win of £180,000 and with a maximum bet amount of £1250, the absolute maximum theoretical win is £225 million. 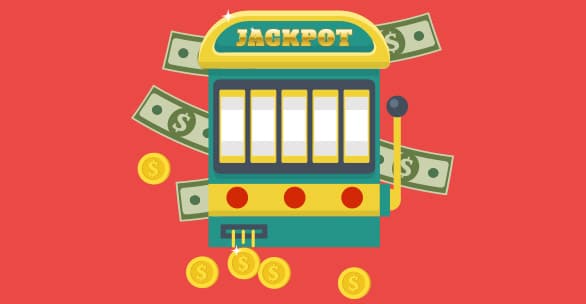 Most online slots don’t offer such impressive winning potential however they can still scoop punters a pretty decent payout.

For example, Starburst from NetEnt is an extremely popular UK slot with 10 paylines, 10 bet levels and adjustable coin values from 1p to £1.

While this may appear low, punters must then figure in the bonus rounds and free spins to determine the full theoretical payout.

There is a wild symbol which may appear on the second, third and fourth reels and as it is also expanding and can trigger respins up to three times, this means that the absolute top payout is £2000.

Although this is considerably lower than the millions available from the progressive slots or top paying slots featured above, it is still an excellent choice for punters who want the possibility of winning enough to buy themselves a pretty impressive treat.

Any punter who is keen to play for really huge amounts would be well advised to go for the games which offer progressive jackpots.

The ones from the top developers such as NetEnt, Microgaming and Playtech are generally the most lucrative, with many titles offering potential payouts of over £1 million – truly a life-changing amount of money to win.

However, for those who would rather steer clear of progressive jackpots because of their lower odds, there are also a number of high paying regular slots too, also often from the top three developers in the industry.

While bearing in mind that these top paying games will pay out less regularly, or pay out smaller sums on a more frequent basis.

It just goes to show the potential wins that can be made if you are on a lucky winning streak, and the kind of sums which are available from a wide range of slots in many different online casinos.